The Moot Hall is a unique medieval brick building and has Grade I listed status. Dating from 1420 it is believed to be one of the earliest secular decorated brick buildings in England. Consisting of three floors and a small exercise yard, it has some unique features that will surely appeal to scouts as a location for period dramas.

The ground floor is medieval brick with some wainscoting on the lower half of the wall. This room was once the town gaol and retains its original prison door dating from the 16th century. There is a winding brick stair that is blocked-off at the first floor level but is still a visible feature. There is also a medieval door that leads by narrow passageway to a 19th century prison exercise yard which retains its original flagstones, graffiti and stone steps. To the left of this passageway there is a small semi-subterranean cellar, which is believed to have been used as a cell or dungeon. 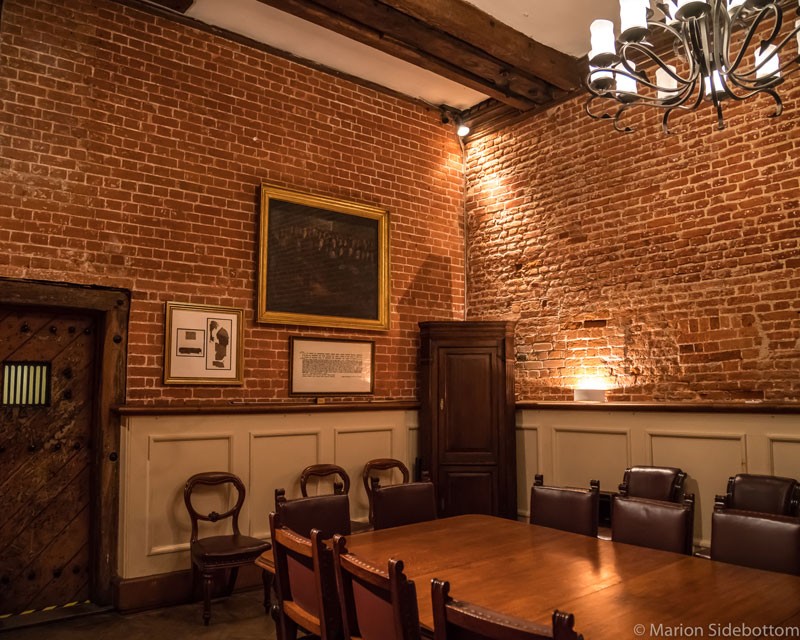 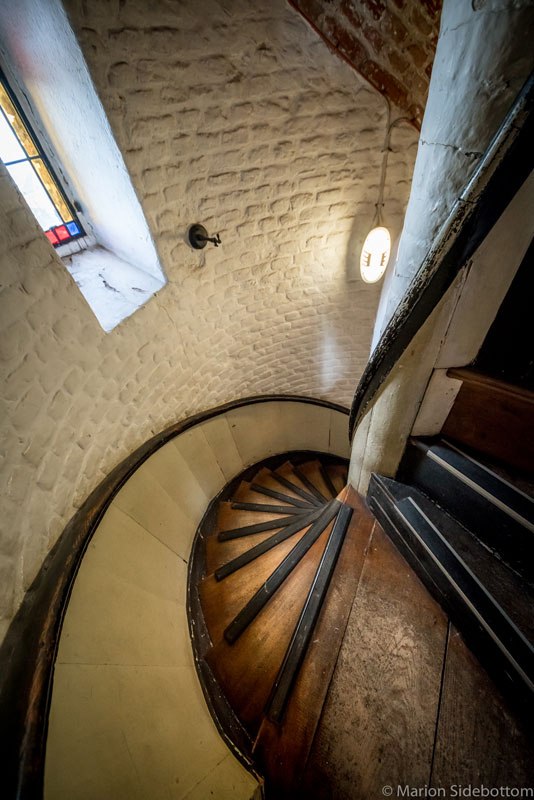 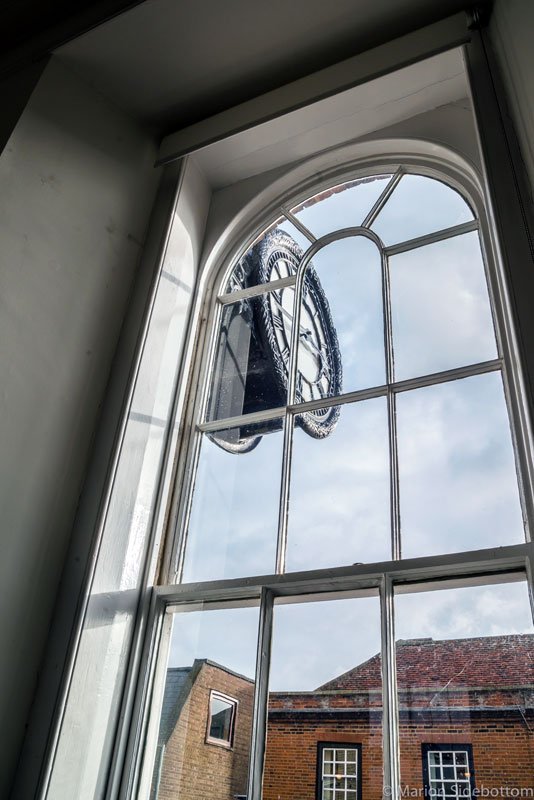 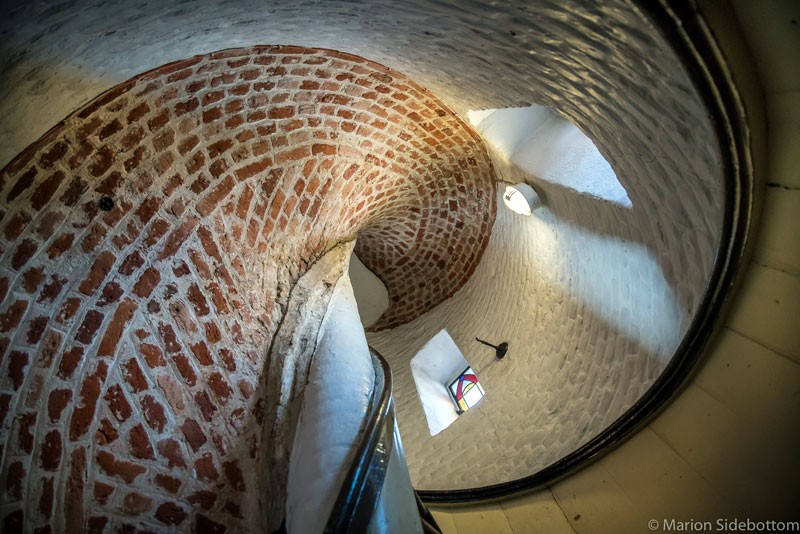 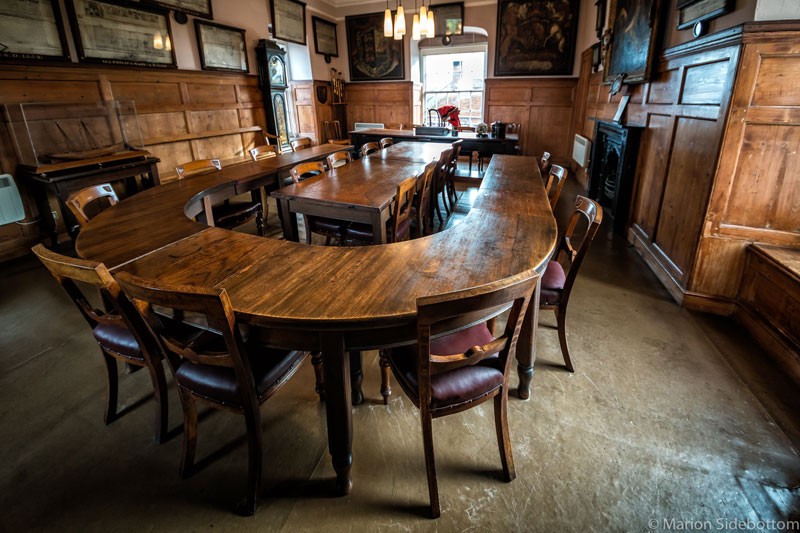 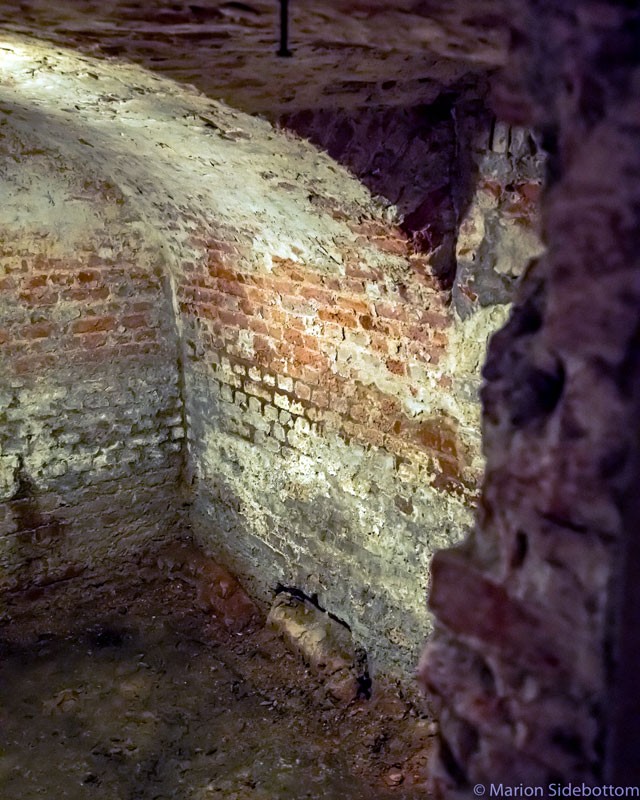 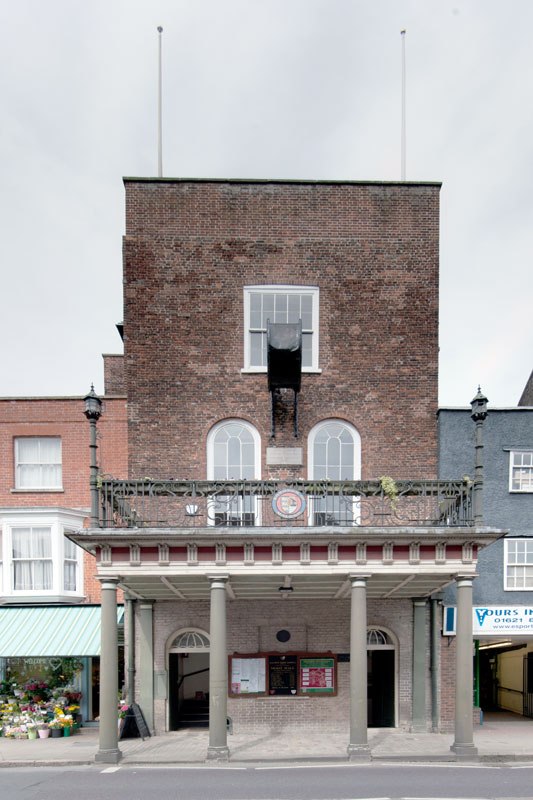 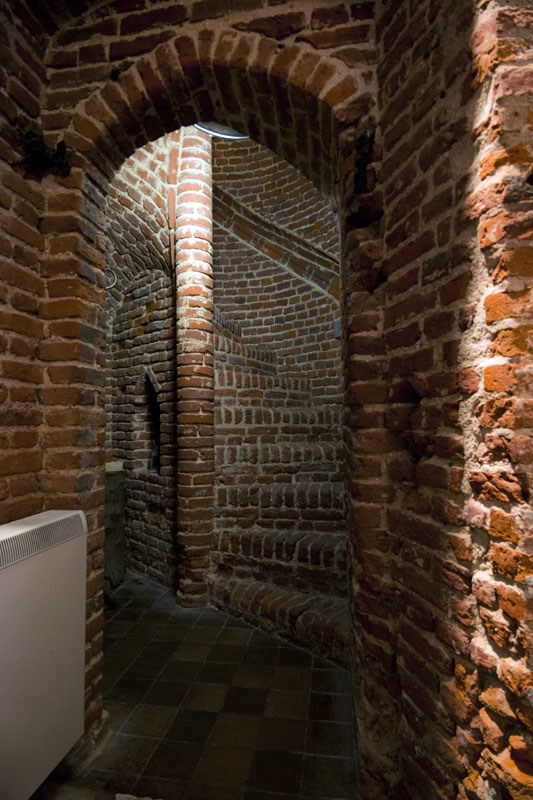 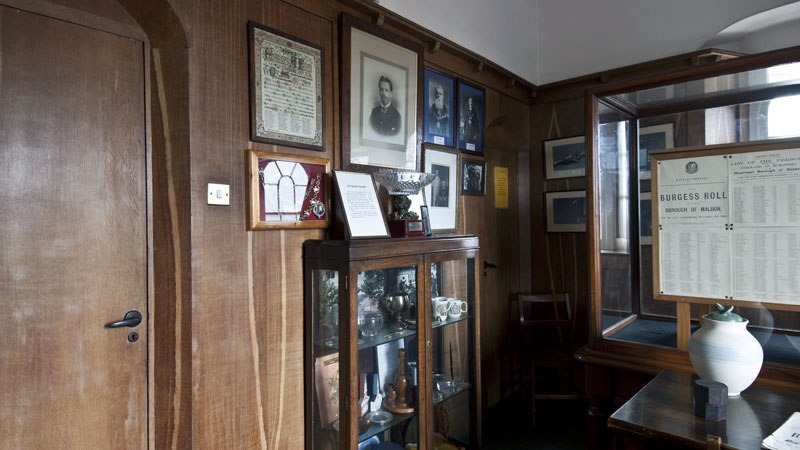 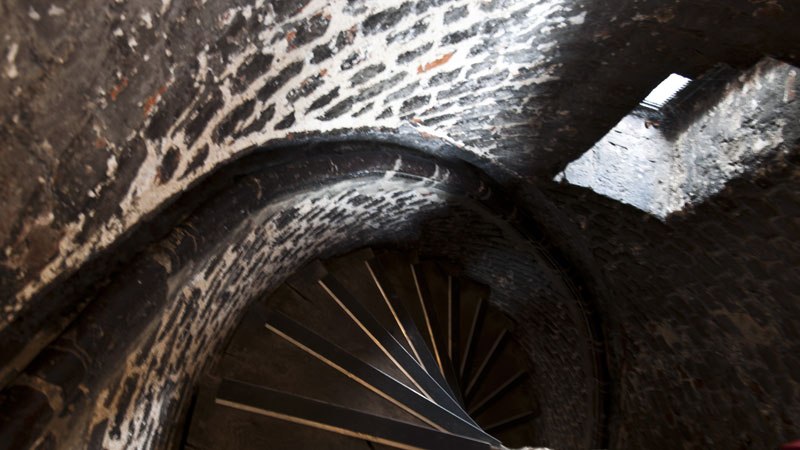 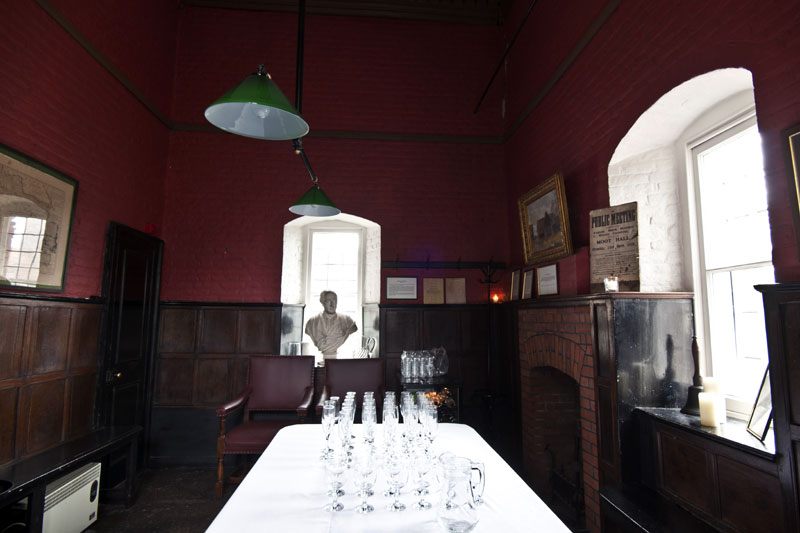 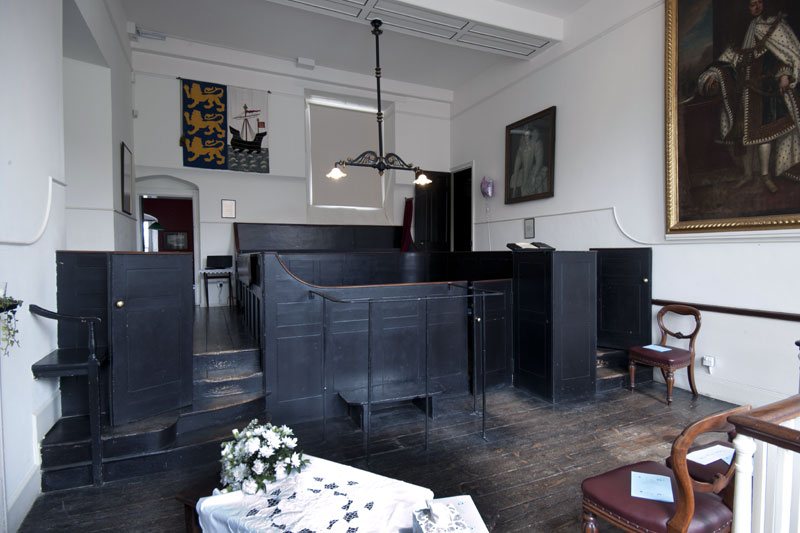 The first floor has a well preserved 1810 courtroom, with its original gas light fittings in place (converted to electric), Georgian windows and period art work. This room is perfect for historical courtroom scenes and retains it dock, witness stand, magistrate’s bench and box pew style clerk’s and lawyer’s benches. Off to the side is the jury room with 17th century paneled walls. To the front of the building on this floor is a railed portico balcony accessible from the courtroom.

On the second floor there is the council chamber, accessed from a narrow winding stair. This is an imposing room, with fine 19th century council table, 16th century alderman’s table and 18th century chinoiserie long case clock. On the walls are the borough charters, a good painting of Queen Anne and heraldic casements. The room also has pine wainscoting. To the side is the paneled muniment room with brick inglenook fireplace. The narrow turret staircase gives access to the flat roof and 360 degree views of the River Blackwater and surrounding countryside.

The Moot Hall has only been used in filming once before for a very short scene in the courtroom. This was not a big production and so it is an undiscovered gem of a location.

For a recce of the Moot Hall please contact:

Permanent link to this article: https://moviemakers.guide/moot-hall/